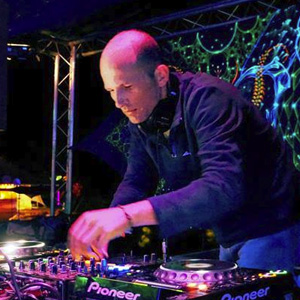 DJ Styx is 36 year old Transylvania Saxon. He grew up in Sibiu / Transylvania or Hermannstadt / Siebenbuergen as the Saxons and Germans call it. After the Romanian Revolution in 1989 moved like most Saxon Family’s to Germany, in Munich/Bavaria he began to passionately mix music in 1995. He started off by playing break beats and d’n’b on vinyl before getting in to house, progressive techno, trance and even electro. Throughout his development in music styles, distinct trance elements have always been part of his sets.

After 5 years into mixing, during travels in Australia influenced by his gathered experiences at parties, he started to almost uniquely play psychedelic trance and trippy, funky, groovy, oriental downbeats that make your heart melt – This passion for psychedelic music was the setting stone for his involvement in the German based Plasmamusic & Schmox-Family project, the Italian label “Fabula Records” and the founding of his own “Dreamtime Productions” organization in Romania that is also responsible for the creation of the worldknown mystical Transylvania Calling – Gathering of the Tribes.

He has continued to explore all faces and tempos of trance and now mostly plays unique deep psychedelic and forest sets with a funky touch but also more and more into trippy downbeats. Best sets are from 3 – 12 or more hours then the magic takes over! 2004 he joined the Italian Funky Fabula Records, 2010 he has officially joined the Brazilian label “Uroboros Records” and in 2014 to Croatian label “Soundmute Recordings”.

In the past 18 years he has been able to travel and play at many festivals and parties in countless country’s all over the world. Some of the most influential amongst them were Universo Paralello/Brazil, Exodus in Australia, Solar Eclipse Festival in Turkey, Elixiria 2004 in Finland, BOOM Festival after-party named Utopia in Portugal, Popol Vuh 2012 Mexico and of course his legendary sets at Transylvania Calling. Further he organized & supported many different events in Romania where he also resides in summer. He is also the founder and main organizer of the Transylvania-Calling Festival which was held since 2004 in the Romanian region called Transylvania.