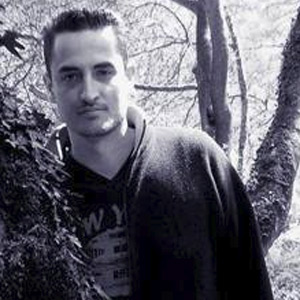 Side Liner was born in 2004 from Nick Miamis at Athens/Greece to explore the emotional side of music and give shape of daily facts and life concerns in sounds.

Side Liner counts 4 full albums "Emotional Diving" (2006), "Once Upon A Time" (2007), "My Guardian Angel" (2008) and "Crying Cities" (2009), all released through Cosmicleaf Records, and many other tracks released in several compilations from various labels.

Nick Miamis has been producing music since 1997 and has been involved with music business professionally one year later (1998) with Discobole Recordings releasing music as Mendark & Naga. In 2003 he opened his own label "Unicorn Music" and in 2004 the sub label "Cosmicleaf Records". Both labels joined later in CUT Music label group with Tempest Recordings from Australia.