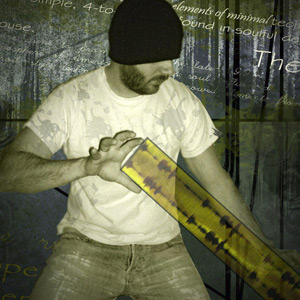 Became interested in DJ-ing in the 90's, when Serbia was flooded with pirate radio station, among them "Flash Radio", our own station. Since most of these station were put off the air and some legalized, we became resident DJ's in a river club popular in those years, and played anything that made sense (disco, hiphop, acid house...). That broadened our horizons, and the first computer we got was used for sampling "hits"and making instant remixes for our circle. In the meantime, we had our show on TV B92 for some 12 months, and that show gradually started dealing with all forms of "computer" music. Naturally, as years went by, our work became more serious and developed into making our own stuff in the studio.