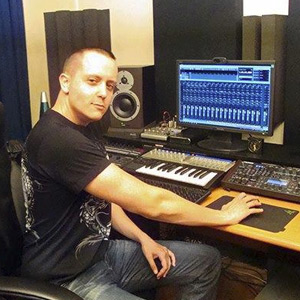 Tomislav Savic, the producer behind the project Liquid Flow, entered the world of music at the age of 12, playing the piano in elementary school. He was noticed by his teacher as being a talented student with great potential, and offered him private lessons for free, but unfortunately Tomislav was young and not interested in learning notes; he only wanted to jam his own melodies on a synth. For the next 3 years he rarely played the piano, and wasn't planning to pursue his passion. His return to music in 1997 was, in fact, an accident; at the age of 15 he discovered a game "Music 2000"; a simple sequencer made for PlayStation. Amazed at the possibilities of making music using software, he quickly saved up for his first PC and soon discovered the world of computer music; experimenting with sounds, melodies and beats. Soon after, Liquid Flow visited his first trance party; hearing the sound of goa trance for the first time. At first, he only listened to goa, but over time he fell in love with the sound and started working on his own tracks.

Liquid Flow project was created in 2001. It was initially planned as a temporary project while exploring the realms of trance music and learning the art of synthesis. It was a time of experimentation and, at the time, Liquid Flow made music ranging from melodic trance and ambient, to goa trance. There were a few releases at that time, mostly on free digital labels, including a melodic track on the first SectionZ compilation. By 2006 the project took off and Liquid Flow joined Shivlink Records; releasing a digital EP "Goa Terminal". Many releases followed, some of which include tracks on Kagdila, Shivlink, Cronomi Records, and others.