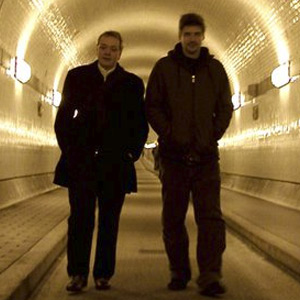 Extrawelt are Arne Schaffhausen and Wayan Rabe, both coming from the Hamburg rural area.

After enjoying electronic music more and more besides school, they became record collectors and DJs in the beginning of the nineties. Through that passion for vinyl, they also got to know each other much better.

In 1998, countless gigs and several studio collaborations later, they conquered some borrowed equipment and a Mac, which lead to severe addiction within short time!

Many releases and live gigs worldwide followed, under various project names like "Midimiliz", "Spirallianz" or "The Delta" and "Downhill" with Marcus Maichel – the way to 'Extrawelt'.
Once arrived, they released the highly successful single "Soopertrack" and "Zu Fuß" on James Holden's label Border Community in May 2005.