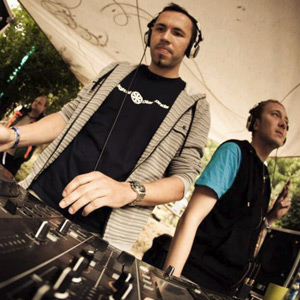 Not a long time ago, Volker and Adam moved to Muenster (Germany), where they accidently met. From that time, both of them knew that they'll produce music together. Adam (aka the Alien), who grew up in a smaller tranquil town, is fed up with many hours of dancing at pure Trance parties. He decided to start producing music and after a few dilettantish experiments with sound, he became more serious.
Volker, who was born Thuringian, already started with electronic music production in the middle of the 90ies. With oldschool hardware and "Triton Fasttracker" he puzzles a few technotic tracks in an adventurous way. Some of them were released under his alter ego "Sonic Assault" at BigTown Recordings (Erfurt), before he moved to Muenster.

With their track "Supplements", the two Alic's had their first ingenious production in the year 2004, that was released immediately on Mindsound Records by label chief Alex Ranft. Year 2006 was followed by the "French Tripping" EP on Antiritmo. But, just at Horns and Hoofs Entertainment, a sublabel of Alex Tolstey's Boshke Beats Records, they found their style and expressed it auditive in "The Gentle Way of Minddestruction". Same year, they launched their netlabel "Digital Diamonds". The idea was to offer an open-source platform, where subjectively perceived high-quality music and "burner-tracks" are free and available for a large crowd. So, the thing that they could not avoid was releasing of the "Evil Fairy" EP on Digital Diamonds, in the year 2007.
But these two guys are not only limited on home production of music, they also make background sounds for video-clips and short movies.

After all, they love to rock the crowd with symbiotic ping-pong DJ-sets. Doing so, nearly every kind of electronic music is allowed, as long as it keeps the flow. In May of 2008, they made their first Live act appereance in front of the crowd.