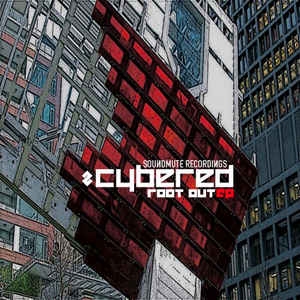 Cybered is a solo project of techno-trance DJ Edward Cybered from Moscow (born in 1979). After hearing the album of Juno Reactor "Transmission" in 1994, he began his trip into mysterious lanes of psy and goa trance. In 1995 he visited a trance party for the first time, and shortly after he started to make music by himself. He and his brother, had been using for it tracker-program, making their first steps in creating goa and acid trance music. In 1999 he was a part of demo-scene under the name of Sadman.
With the millenium coming, Edward became interested in the progressive techno vibrations and founded a psytechno project called Cybered.
So very soon, the creativity of this project has attracted the attention of Alex Tolstey, the owner of techno record labels named Boshkebeats Records and Horns&Hoofs Entertainment.
With the assistance of Alex, Horns&Hoofs Entertainment had released the tracks of Cybered project worldwide. From 2001 till late 2004, Cybered has beed a resident of Swedish label Moonflower Records.
During that period he actively worked on the development of Horns&Hoofs label, released several mixes as a DJ, toured a lot, acted on the festivals and a lot of parties in Russia and abroad and also organised first psy-progressive and psytechno parties in Moscow.
Besides that, Edward is a founder of psytrance project Manifold, which has released 2 full leight albums on labels such as DejaVu rec. , Sunstation rec. and a lot of tracks on different VA. More info about Manifold is available HERE.
In 2009 Edward founded his own mastering studio (manifold-studio.com), where he makes high quality mastering and mixing. 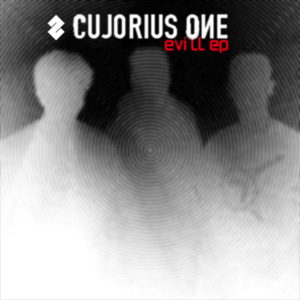 Again, one of the best progressive and abstract experimental artist, will welcome us in a brand new twisted night sound EP for Soundmute recordings, under the name "EVI LL".
No need to talk much about already known great progressive name as Cujorius One. Lot of you remember them by their last album release "London:Paris:Hangover:New York" as the most recent edition of this year.
In same direction we have special treat packed in two amazing tracks.
Enjoy!