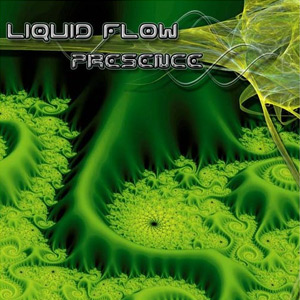 Album contain 10 extraordinary tracks twisted in the right old schoole clothes. By the new way of production, guy was able to retain the pure spirit from '90. To be honest, he is one of my all time favour Goa Trance producers. Why? Because he gave all of himself to approach in the right way to no simple stily of trance music. Whole album si full of carefully selected elements that will represent the tracks in the best form. Complexity and melodious what characterized this genre, which is present here in large quantities. Maximal used the possibility of an extremely popular synthesizer 303 is pretty much evident. This is the high score bingo if you ask me. The album is very melodic, energetic and positive! Culminates in a charge of emotion from song to the song, reveal feelings that have been made in every second of this creation. Especially, i like deep, blimp and huge kick that lead every elements behind. Usually, according by releases from 10 or more years ago, kick was almost in the 2nd plane, but here I very good production allow to that element to be highlighted in one of the primary layers of tracks. I must point on very great skill of vocal modifications. Words in the texts make sense on the first place and using effects on voclas is very creative.
The best lift up break have first track who is the holder of the album name and that track is also the best track on album, as for me. This release is definitely top of the album release in Goa Trance published year 2009.

Thank you Tommy for that, I can freely say, a masterpiece!!!

In the era of new music,old is being forgotten and everything is being changed rapidly. There weren't so many singles, EPs, compilations nor albums as there are now. It's all thanks to the extreme developement of technology in both hardware and software aspects. How can today consumers look back to the times left behind and all the music created back then? Without taking into consideration the comments that the music before had "the thing", the newer hyperproduction took its toll. We are talking about Eat Static project and newly released double album "the singles" made from 18 old hits from the 90s. Knowing the style of this project, no matter when the tracks were created, we could expect a mix of many different styles of electronic music. from techno, drum'n'bas, trance and house to ambient, dub and the rest. Lots of vocals which are being filtered in different shapes and etno motives or computer-processed parts, which are very well placed into the composition of tracks with mechanical beats and rythms.

By listening the 1st CD i am completly being transfered back into the times from which they originate. It is actually the sound that introduced me to the world of electronic music and showed me a new movement. I can freely say that the joy i felt by listening this release today, wasn't any less than it was back then when i started listening to electronic sound. No matter that all those modern devices nowadays made hyperproduction, this way kept its basis that gives me the same amount of adrenalin that those tracks that were in my top list back then gave me. I could say that with this release, its the same feeling as reading favorite book over again. Extraordinary feeling. Anyway, Eat static project was always for me one of those projects that got my attention in a very subtil and spontanious way. Their music was always in the limits of good taste. As i would like to say you have to get into the core of the music they make and not scroll it like some season hits. Biggest surprise while listening to this were old analog simulations, so called laser sounds that old analog machines produce. I can fully fit in through the sound and images of his preformances that were often in these instruments. No matter that compilation has re-released material the joy is the same like in those times they were made. The unforgetable 303s and deep snare drums, soft kicks and sharp hats. We can say that we have a school book of electronic sounds in front of us. I have met lots of yount people that listen to newly released music and they should have some respect for those older releases as well.

Recommendation: Re-relase is big meaning there are lots of favorites. First place and best track is from cd2 and its track number 1 - Boni Incus. Then Mucor Mix - track no.3. "Hybrid" that is 4th track, "Contact" thaat is 8th track and Eat Static remix from no9. And from CD1 Lost in time, the brain, undulatice and cocoon.

Conclusion: I would only want to give a message to those who listened to this or want to do so that after listening to it, the whole thing end with System 7- alpha wave (plasticman remix). English school is english school after all.