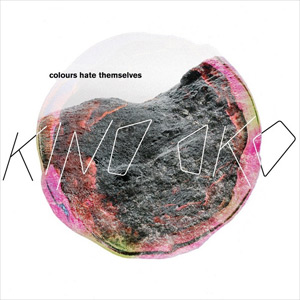 Long time awaited 3rd album....wait the minute...2008, 2009, 2010... aah what a hell, for me was a long time when i talk about Kino Oko's music. I am hungry of his vibes non stop. Maybe for someone this might sound like cliche but I know how I feel for real and according to that will try that to describe with this review.

After second album I asked my self: "Could it be better?". After listening the new album answer imposed itself. Big YES!

Of course, we all know his style but never know his arrangement in new tracks. As much as someone seemed predictable, Kino Oko is not really predictable with new music. New album comes with new ideas and once again just a step closer to good way of comercial style but deliberately retained in the shadow of underground. No matter of that he is born for big stage if you ask me. Always image this sound on huge events and find my self floating around in my mind with open-armed. I guess that the sound of synthesizer makes me to such behavior. That kind of sound make his this music widespread and extensive. Its a really good enough for me. I will never forget moment when I heard "Man Upon The Rainbow" and came to knowlege that I found in the style something I've always hoped to hear in underground music. Excellent combination of not usual beats and huge comercial melodies that will make me dance non stop. After firts album i felt the same with whole second album CD but mostly at "Messiah Formula". One of the biggest reason why I expected this new album so much. To find one more top track. As an good old movie you want to happen again in a new format. Actually, to the good old feeling comes upon. Again and again. And it comes with "Skylight Extravaganza". Again whole night with big DJ headphones on my earz and track on repeat. I am at Creamfileds or Kazantip, danicing like crazy on huge sound system on this tune. Grzegorz, again, made me to want him hear live! Hope that this will come in true.

During the listening of this album lot of tracks reminds me on style of great electronic names like Krafwerk, Tangerine Dreams and lot of old school music elements which are now almost forgotten. The way it combines with the new beat is really impressive for my term. Excellent concept in every way. Not much to say about this creation except that all those to whom it has reached a new achievement, are on the big profit of delights.

Press play all over again! 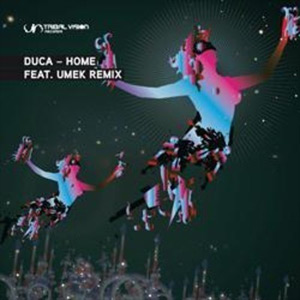 Successful album called "After Dark" has turned increasing attention to the already well-renowned design and successful young producers from Serbia, under the parent label, "Tribal Vision". What attracted me attention the most in this edition is a combination of artists and label in the composition of newly EP. Music presented on a high level with an excellent selection of guest who is in charge of the remix version. Excellent marketing and collaborative move.

As a one of greatest techno mind on electronic music scene, Urosh Umek takes a good place on this release and with his skills complement the new "Home" single. As the biggest cooperation fan, have to admit that this reslease show that in one of the best forms of contemporary. Both versions are equally good quality and have a pretty good groove. The only plus that relates remix is energetic drumkick. Everything else is a matter of taste, in my oppinion.

Very great move of artist who is the carrier of EP and label that has issued it. Should take a high place on many charts all over the globe. Actually, I'm kind of pretty sure in that.