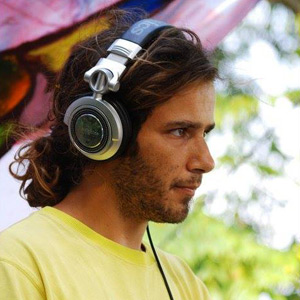 Oscuro, born as Maxi Hatchwell in 1985 is a DJ and a producer of Tech and Night Trance music, a stage manager for Paganka Crew and Doof Festival in Israel, and a founder of TechLab Booking, which he started with Or Zur from Paganka Crew in 2013. In 1999, he got introduced to the world of psychedelic trance and since then, he began attending parties. Two years later, being only 16 years old, he started playing at psychedelic underground parties, and has been playing at some of the biggest productions in Israel, Australia, USA, England and Spain since year 2000. After he became amazed by the progressive night trance music, influenced by the German and Australian sides (Sensient, Bitmonx, The Delta, MidiMiliz, etc), he decided to learn music production and attended "Muzik" in Tel Aviv. Shortly after that, he started creating Progressive and Night Trance music, and got released on Mechanical Dragon Records and Soundmute Recordings, and soon, more will follow.