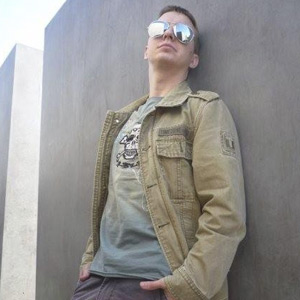 Based in the South of Germany, this German - Brazilian couple has joined forces in order to deliver you their definition of electronic music.

Fabian who has been working as a DJ for more than 10 years and played at festivals and parties all around Europe and Brasil and his partner in crime Simone share a deep love for all kinds of music and therefore they decided to create their own project.

Strongly influenced by artists like Extrawelt, Richard Bartz and Johannes Heil, they usually like to blend elements of different styles of electonic music into their songs. By breaking all stereotypes, they create this unique soundscapes - always transporting the special October Rust feeling which can be best decribed as a dark, twisted and melancholic rollercoaster ride.

In the beginning of 2008, Fabian and Simone decided to start their own label together with their partner Sven Schmid called Omen Records which can be seen as a platform for talented artists mainly focusing on dark, deep-rolling tech- and electro-sounds spiced up with cinematic and psychedelic elements.