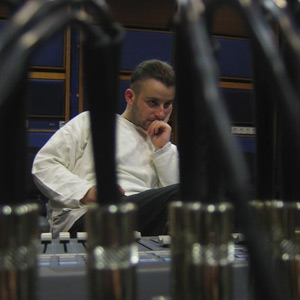 Magnetik was formed in 2000 by Filip Nikolaevic & Slobodan Pavlovic as an ambient project. They were influenced in electronic music since the early 90’s. Filip was engaged in trance scene with the music of Eye Q, Harthouse, Recycle Or Die, Superstition, MFS and Platipus releases at the begining. For the last few years, he focused on ambient and progressive trance. DJ-ing since 1995 gained him huge experience in trance music, finaly evolving in production from 2000, when he met Slobodan Pavlovic. Slobodan on the other side was into computers at a very early age, bringing technical support from his end, making a very nice collaboration together. In 2003 Filip starded studying sound engineering in Advanced school of Electronics in Belgrade, improving his production skills. In 2004 Filip formed a side project called Biolab, exploring different styles of electronic music. Collaborating with Marija Balaz he released on Etnica Net – Macao Café compilation. Now, Biolab is progressive trance project, soon it will be brought to light! In 2007 is formed a new project called Wow Signal, between Milosh Papic and Filip Nikolaevic, focusing on ambient, down tempo and trance music. In 2008 Filip started writing a scores for animated movies in production of Noir studio from Belgrade.