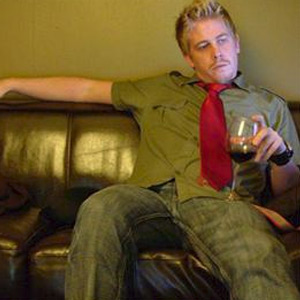 Behind the name Le S4B0T3UR is Joakim Hakansson from Sweden, who earlier produced tracks under the name Dopamin who was released alongside heroes such as X-Dream and Midimiliz on Moonflower Productions. First release as Le S4B0T3UR with the track Sabotage came out on Mechanical Dragon and got great reviews.

Joakim has been producing psytrance since 1997 and was discovered by Nephilim Records who released several tracks of his on various compilations together with vinyl EP, other labels that has released Joakim's work are:
~ High Society
~ Nephilim Records
~ Chackra Delic Rec.
~ ZMA
~ ZYX
~ Moonflower productions
~ Mechanical Dragons

The change to the name Le S4B0T3UR came to the realization because there where too many people on the net and in the electronic music whose names were similar to Dopamin. It was also a way to break free from a mould created with the Dopamin releases, Le S4B0TEUR gives room to more experimentation of IDM influences in the creation of his new music.

At the moment he is signed for electronic music label Soundmute Recordings, and if you like dirty and hard music, then Le S4B0T3UR has real tunes for you!