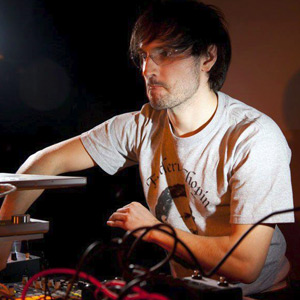 Jerzy Przezdziecki was born in Warsaw, Poland in 1973. At the age of 10, as a result of his early, classical fascination with Chopin, Beethoven and Bach, he started his piano lessons. At that time he totally felt in love with music. As the years went by, his passion was getting stronger and stronger. Studying at the Warsaw College of Art he had the first opportunity to hear some electronic - mostly new beat and industrial music. Front 242, Psychic TV, Throbbing Gristle, SPK and Coil changed Jurek's attitude for the music forever. It was no longer enough to listen. He wanted to create.
No matter what music genre he's currently in, there's always one goal: originality. He never stops creating his own definition of music. Always searching for its new emotional character and aesthetic form. Despite the strong need for harmony, he likes to experiment and goes far beyond style conventions. His inspirations come from all kinds of contemporary music. As an electronic music producer, he produced 2 LPs, many EPs and single pieces.
He had a chance to present his music in Japan, Australia, South Africa, Portugal, Norway, Germany and of course in Poland.
Nowadays techno and minimal music became the focus of his musical interest. He records for Boshke Beats, Whirlpoolsex Music and for the Polish Recognition Records. His first EP for Traumschallplatten label is announced for the spring of 2009.
Today his appetite for self development seems to be as big as it used to be. He's just started private studies of composition and contemporary music theory.
The future is bright. The future is Jurek.