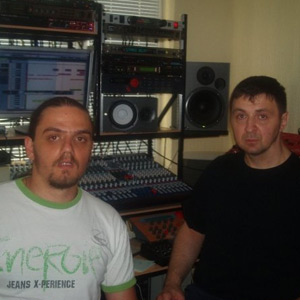 Yeah, we all know those two Goa minds from Southern part of the Europe, but it’s good to say that Goasia project exists since the year 2000. It became more active on the trance scene after 3-4 years, since Kanc Cover aka OPSY came into the project and joined Balint Tihamer. Bunch of studio equipment directed to sound, represented through the tracks, and resulted on many world releases at various labels. In year 2006, Goasia published a collaboration album with Greek goa trance artist Omegahertz for Unicorn Music. After that release and few more singles on other labels, at the end of 2007, in November, this project made their first solo album under the name "From Other Spaces" and published it for goa trance label Suntrip Records from Belgium, and became the official Suntrip artists. In year 2010, Goasia decided to unite the newly composed material on the media which they presented on their second CD album on Dimensional Records. Definition of the album was described as a fusion of the morning, sometimes melancholic sound and cheerful forest environment. Of course, all spiced with the energetic, cosmic and ethnic melodies. The return to the good old spirit of beautiful Goa Trance music in a totally new form of high-quality production, many consumers will notice on their new upcoming album in 2013 that we can expect during this year.

As for performances, Goasia is really busy, espacially in last 2 years. Many promoters recognized their fantastic sound so they performed practically all over the globe. From sunny Brasil and one of the most respectabile festivals like Universo Paralello, across the whole European festivals, over Moscow and all the way to the Land of the Risig Sun on far East, also known as Japan, where they are constant guests every year.

Feel free to check out their profile on Facebook and find out all about their sound and video presentation.

Keep the Goa spirit alive as long as you feel the energy. Prepare for the rush of the Goasia sound!!!