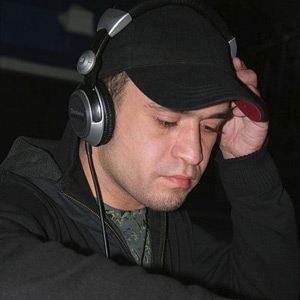 Cybered is a solo project of techno-trance DJ Edward Cybered from Moscow (born in 1979). Аfter hearing the album of Juno Reactor – Transmission in 1994, he began his trip into mysterious lanes of psy and goa trance. In 1995 he visited a trance party for the first time, and shortly after he started to make music by himself. He and his brother, had been using for it tracker-program, making their first steps in creating goa and acid trance music. In 1999 he was a part of demo-scene under the name of Sadman.
With the millenium coming, Edward became interested in the progressive techno vibrations and founded a psytechno project called Cybered.
So very soon the creativity of this project has attracted the attention of Alex Tolstey, the owner of techno record labels Boshkebeats Records and Horns & Hoofs Entertainment.
With the assistance of Alex, Horns & Hoofs Entertainment had released the tracks of Cybered project worldwide. From 2001 till late 2004, Cybered has beed a resident of Swedish label Moonflower Records.
During that period he actively worked on the development of Horns & Hoofs label, released several mixes as a DJ, toured a lot, acted on the festivals and a lot of parties in Russia and abroad and also organised first psy-progressive and psytechno parties in Moscow.
Besides that, Edward is a founder of psytrance project Manifold, which has released 2 full leight albums on such labels as DejaVu rec. , Sunstation rec. and a lot of tracks on different VA. More info about Manifold is available HERE.
In 2009 Edward founded his own mastering studio (manifold-studio.com), where he makes high quality mastering and mixing.