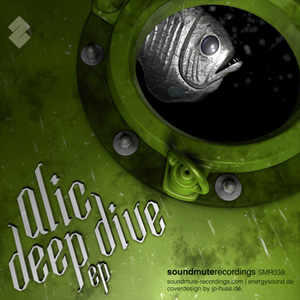 Brand new ALIC is back with brand new tracks on their solo EP format right here on Soundmute Recordings. So much thrilled about this release. Adam and Volker treat us again and again with pure blast tunes. Beside this release, expect more with collaboration in future with some of our artists from label.
Deep Dive into mechanical beat of Soundmute Recordings!!! 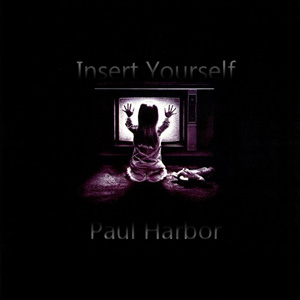 After a short break we continue with the series of Soundmute digital releases. The next one is something special for us and something that our label didn't taste so far in this form. Actually, with this one we have decided to take a challenge, ether way it's not 100% what we usually release, but we made an exception cause this is the music that we like a lot. Hope you will enjoy too.

This is one of the two solo projects of Andreas Lingbrand. The idea of the Paul Harbor project started in 2005 and was a fusion between Chillout/BreakBeat and Jazz. The debut album ”Insert Yourself” took some years to do and there were many things that interrupted the production (most of them were good things). At a very eary age Andreas got hooked on drums, beats and rythms. He started to play drums himself in school at the age of ten, but since he had no chance to have his own set, the time for practice shrunk as the time went by. The music of Paul Harbor is the way for him to live out the hibernating drummer inside. Also it´s telling a story about the variation of the music that reflects the very life itself.
This is about Paul Harbor, a very talented young musician who is already known to chillout and techno nation with his releases based on two of his projects, Paul Harbor as chill artist and Palida as techno artist.
The second solo project of this guy is called Pallida and has just been started to release music at Horns and Hoofs Entertainment. This is the techno/trance project that has been lurking for 15 years. Hopefully there is other out there who might enjoy this psychedelic techno.

For some of the fans of chillout music, Andreas might be known already. He is one half of the duo called Yggdrasil and the first album ”Prose Edda”, got a very good responce from the friends in the chillout scene. Together with his fellow companion Mathias Eriksson, the second album is about to be finalized, so stay tuned.
New chill, jazz, lounge and ambient album on market!!!